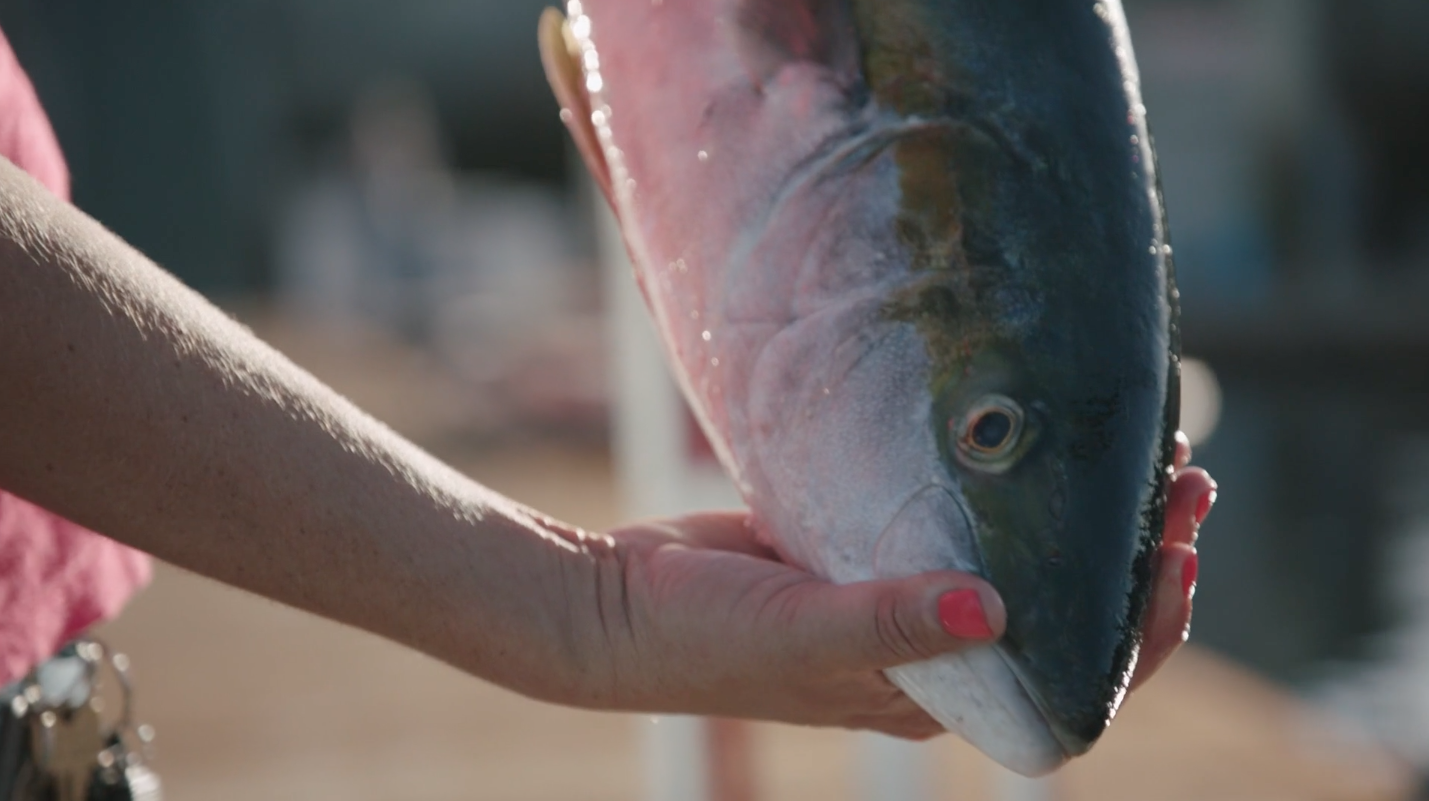 Following it’s worldwide launch in the Fall of 2021, Fish & Men is now available to both rent and purchase on all major platforms.

The 21st-century global appetite for protein grows, while the fate of the world’s last wild-caught food is based on demand rather than what the ocean can sustainably supply. In this irrational seafood economy, 90% of the seafood Americans eat is imported. Fish & Men examines the state of the American fishing industry all along the global supply chain, centered around an iconic Gloucester fisherman through the eyes of Richard Burgess who’s fished the Gulf of Maine for 40 years.

Fish & Men explores why it’s important consumers understand where their fish came from, who caught it, and how it got to their plate. We reveal the laziness of the American seafood diet, and what can be done to improve it led by the innovation of America’s most celebrated chefs.

Fish & Men wants us to rediscover our human relationship to the sea, and how we might change our seafood system to save a 400-year-old American tradition.

The Toyota Mobility Foundation has launched the Mobility Unlimited Challenge. The international $4 million competition is designed to change the daily lives of people with lower-limb paralysis through the innovation of personal mobility devices, and to harness creative thinking from across the world. This film commissioned by Toyota was to be presented at the 2020 Olympic Games in Tokyo to document the journey, and announce the winning team.

After 40-years of codependent marriage, a husband makes a life changing decision to ensure that he will never have to endure another waking moment with his wife.